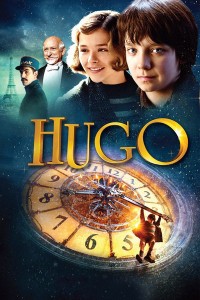 Hugo is a movie I tagged along with friends to see. I had enough interest in it that it’s possible I would have gone to it anyway, though that’s less than 50-50.

It’s a fictionalized (to the precise degree I’m not sure) version of the post-retirement fate of French pioneer silent filmmaker Georges Méliès. It’s by Martin Scorcese, though it feels nothing like the kind of film he’s most associated with (DeNiro, Pesci, gangsters, guns, urban tough guys, Mafia, etc.).

Méliès (Ben Kingsley, who is very good as always) is reduced to running a toy shop in a Paris train station, years after having made his last movie and gone bankrupt. The story is focused more directly, though, on the young boy—Hugo—who ends up being responsible for getting Méliès and his movies greater recognition.

Hugo is an orphan who lives with a drunk, abusive uncle who resides and works at the train station. They live in some sort of abandoned rooms in the upper level of the station, where I take it they aren’t technically supposed to be, but no one knows or cares enough to kick them out. The uncle’s job is to keep the clocks in the station running.

One day he disappears, leaving the teenage Hugo alone. Hugo continues tending to the clocks and living secretively, trying to avoid the one security guard who is the type who would actually enforce the rules and get him banished from the station and committed to an orphanage if he could.

Méliès and Hugo commence as enemies, with events then developing to take their relationship in a different direction.

I did not care for Hugo for the first twenty to thirty minutes. It’s not terrible, but it just wasn’t working for me. It has an odd kind of fantasy feel to it. Not to where there are all kinds of supernatural things happening or it’s blatantly unrealistic, but just like it’s straining too hard to be describable as “magical.” I didn’t get much of a feel for the characters early, or what the storyline was, or why we should care about them or it.

From that point on, though, it gradually won me over. I found it easier to follow, and it reached me emotionally.

I knew almost nothing about Georges Méliès going in, but I’m certainly familiar with A Trip to the Moon, one of his shorts that has survived, and that is excerpted in this movie. That’s a film I’ve always been fond of. So I felt a certain attachment to the subject matter of this movie, once it became clearer what that subject matter was. It wasn’t a hard sell to get me to sympathize with the characters who have a passion for preserving film history. I think those very early films are indeed a treasure, and it was good fun hearing people reminisce with such emotion about the process of making and viewing them, when movies were indeed an extreme novelty.

I still couldn’t totally go along with the tone of the film, though. It bothered me less late than early, but somehow the efforts at whimsy seemed misplaced. Not poorly done necessarily, just not fitting the material. Or at least not fitting as well—for my tastes—as a style more consistently serious and straightforward.

The best example of this is the security guard character. He’s a disabled WWI vet, played primarily as a comic figure by Sacha Baron Cohen (the Borat guy). It’s not that the acting is poor, or that the humor all fails, or that the character and his subplot aren’t interesting to some degree—actually Cohen is quite likable in the role. But it feels like a distraction both in substance and tone from the stories of Hugo and Méliès. I was interested in Méliès and the film history and such, not this superfluous whimsical subplot.

The bottom line is that while I experienced Hugo as somewhat dull and unengaging early, and I had at least small issues with it throughout, by the end I was caught up in it emotionally and quite glad to have seen it. There’s enough I liked about Hugo to warrant a recommendation.